Minor Water Softener Issues You Can Solve Yourself

If you have an older water softener in your home and have been noticing that it hasn't been working as well, or if you notice some downright odd things like small brownish-yellow grains coming out of the faucets along with the water, you might think it's time for repairs to be done. This is true, but in some cases the problems you see are actually minor, and you can take care of fixing them.

If your water softener tank looks fine, but your water does not feel like it's being softened properly, take a broomstick and open the tank that holds the salt. Gently place the stick into the salt and see if it feels like there's a hard layer preventing the stick from going too far into the tank. If so, you have a salt bridge. This is a literal bridge of salt that forms over the water in the salt tank when there's too much humidity; it can form if you've put too much salt in the tank as well. The rest of the salt can't get to the water. Start tapping and gently hitting the bridge with the end of the broomstick to break it open and remove the loose salt and chunks of the bridge as they come loose. Repeat until the entire bridge is gone, including bits that have fallen into the water, being very careful not to damage the tank. Recharge the softener and refill according to the manufacturer's instructions.

The valve between the tanks in the softener, called the Venturi valve, can become clogged and dirty if it's not cleaned regularly. This is a valve that you can access easily (exact instructions vary by brand) and clean with soap and water.

If your problem is odd, brown grit coming out of the faucets, the resin beads might be leaking out. This is a messy cleanup job, but it's one you can still do for the most part. Remove the resin beads from the softener. You'll have to flush out your pipes and faucets; remove screens from inside the faucets and showerheads first. Run the water until the beads stop coming out. Flush the hot water tank as well. Basically, you just want to run the water until all of your water-based appliances and hoses are letting clear water through. In this case, it's better to let a professional take over from here to add more resin beads and replace whatever part was allowing them to leak out.

If you need the resin beads refilled or if you are still having problems with hard water and don't have a salt bridge or a dirty valve, contact a water softener repair company like Metro Water Conditioning Inc for assistance. 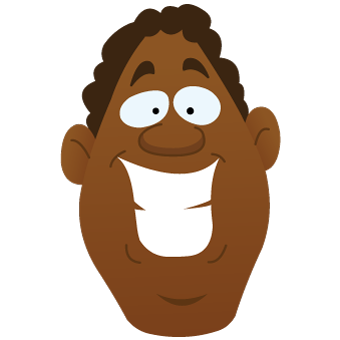 Hi guys, my name is Jared Novich. I hope to share information about the importance of using patio screen doors to keep your pets inside. Pets roaming throughout the neighborhood could end up injured, lost or stolen. By outfitting your home with a screen door, you can keep your pets safe inside without worry. Thankfully, there are tons of patio door styles to choose from. You can install your own doors or have a professional do the work for you. You'll need to pick a screen door that complements or contrasts your decor for the best appearance. It's also important to pick one that will withstand escape attempts from your pets. Follow my site to learn about your patio door options and installation techniques. Please visit often to discover new things about these versatile door options.